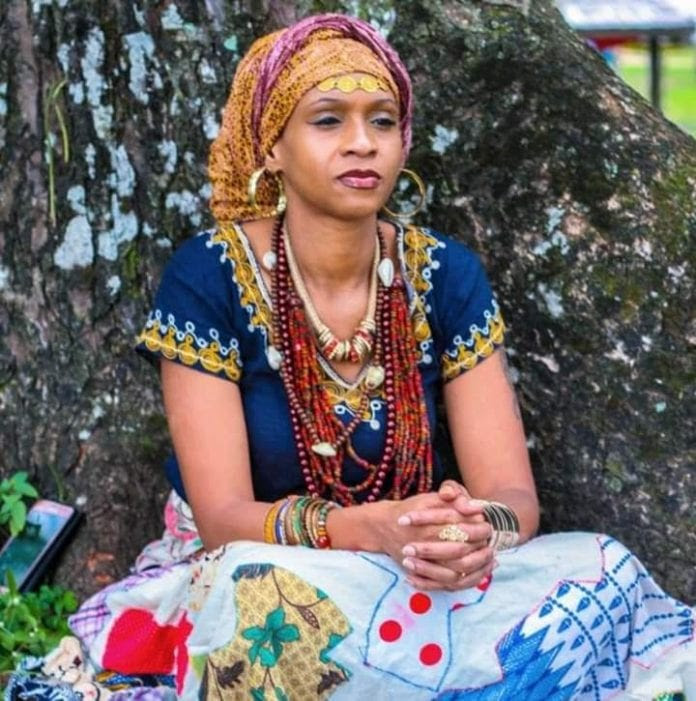 BROOKLYN, NY – After collaborating with top Jamaican music producer Bobby Digital on her 2012 EP, Surinamese singer Empress Miriam Simone believed it would be a sound idea to work with him again on songs for her debut album.

She traveled to Jamaica in late October for recording sessions with Digital, one of dancehall/reggae’s most successful producers. During the three-week stay, she also worked with producers Sheldon “Calibud” Stewart and Everton “Caveman” Moore and performed at the Dub Club in Kingston.

“I decided to record in Jamaica because I started to work with Bobby. His studio is based in Kingston, and he offered to do a project and we started to do some work together,” Empress Miriam Simone said.

Her Jamaican sessions produced seven songs including a duet with Sizzla, whose biggest hit songs are produced by Digital. They are expected to be on her album which is due for release in February, designated Reggae Month in Jamaica.

That project was her first major release since going solo in 2009.

Empress Miriam Simone remembers having diverse musical tastes growing up in Paramaribo, the Suriname capital. Sizzla, Bob Marley and the I Three, as well as soul singers Aretha Franklin and Mary J Blige, were some of her favorite artists.

Before launching a solo career, she was a member of Postmen, a reggae/hip hop group in Suriname. This was followed by a stint with Dutch group Dredda Youthz.

Empress Miriam Simone lives in Amsterdam, The Netherlands which has one of the most vibrant reggae communities in Europe. There, she hosts Sweetmediation, a reggae show on the Radio RAZO station.

According to Empress Miriam Simone, “I started this radio program one year ago when I moved back to Amsterdam from Suriname. I bring different subjects to the front to meditate on such as spiritual enlightenment, self-awareness, mental freedom, black history, Chakra healing sessions and a lot of conscious reggae music.”

“To Sir, with love” Goodbye to a legend