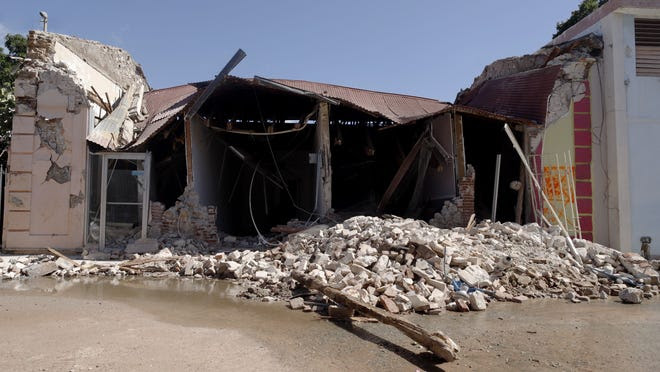 SAN JUAN, Puerto Rico – Puerto Rico, on January 11, was rocked by a 5.9-magnitude earthquake, just a few days after the US territory was shaken by its biggest quake in a century.

According to the United States Geological Survey (USGS), the most recent earthquake happened around 9 a.m. local time, about 8 miles south of Indios, Puerto Rico, in the Caribbean Sea, at a depth of 6.2 miles. The USGS first said the preliminary magnitude was 6.0.

Randy Baldwin, a geophysicist at the U.S. Geological Survey, said that the 5.9 magnitude quake is considered an aftershock along with several other 5.0 magnitude aftershocks overnight. “The one this morning is the strongest one” since the big earthquake on Tuesday, he said, referring to the massive 6.4 earthquakes that rocked the island on January 7, killing one resident. The 6.4 earthquakes have been the biggest to hit the island in a century.

Hundreds of quakes and aftershocks have shaken the island since the new year, according to U.S. Geological Survey data.

Since December 28, about 500 earthquakes of magnitude 2.0 or higher have hit Puerto Rico, and other Caribbean islands, but the US territory has been the worse hit by the natural disasters. Amid the earthquakes, Gov. Wanda Vázquez Garced recently declared a state of emergency and activated the Puerto Rico National Guard.
The Health and Human Services Secretary Alex. M. Azar II also declared a public health emergency for the U.S. territory. During a public health emergency, health care facilities in Puerto Rico will have the flexibility to ensure that sufficient health care and services are available to meet the needs of individuals enrolled in Medicare, Medicaid, and Children’s Health Insurance Program (CHIP).
According to CNN, Puerto Rico’s non-voting delegate to Congress, Rep. Jenniffer González-Colón, reported that more than 6,000 people were staying in shelters.