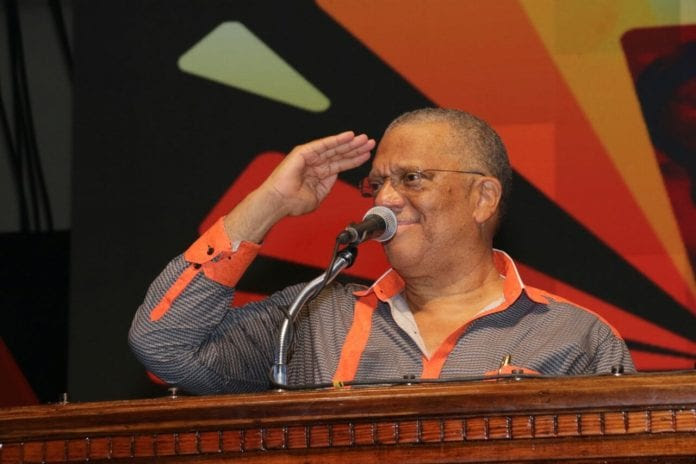 BROOKLYN, NY — Jamaica’s main opposition party, The People’s National Party (PNP) is gearing up for the next general election, amid growing speculation that Prime Minister Andrew Holness will announce an election date this year.

Speaking to the thousands of roaring Labourites on November 24, Holness said the general elections are “not too long to come, but we [the JLP] are not there yet.”

“Very soon we will have everything in place, and when everything is in place, you will see me reach for the bell”, Holness said. General Secretary of the JLP and Minister of National Security, Dr. Horace Chang also added that with a 2020 general election highly likely, he is confident that the party will be ready to respond.

The PNP has since stepped up their election readiness, with a recent two-day retreat to get the party’s potential candidates prepared. According to PNP General Secretary Julian Robinson, the retreat is part of the PNP’s plan to prepare itself for a general election at any time.

In an interview with a local media, Robinson indicated that the PNP has already identified 56 of the 63 candidates it expects to contest the next election, with the outstanding seven mainly in constituencies considered strongholds of the Jamaica Labour Party (JLP). It is presumed that the PNP will go to the polls with more than 20 candidates, including several high-profile persons, who will be contesting a general election for the first time.

These include educator Dr. Walton Small, who will represent the party in St James Southern; attorney-at-law Michael Hemmings, who will contest the St James East Central seat; economist Dr Andre Haughton, who will take on the JLP in St James West Central; and former West Indies cricketer, Wavell Hinds, who will be the party’s standard-bearer in Hanover Eastern.

President of the party, Dr. Peter Phillips, also assured PNP supporters that the party is ready for the next general election and stands prepared to serve in the best interest of the country.

Addressing PNP candidates at a retreat held at the University of the West Indies recently, Phillips said that the party has a responsibility to stand for those whom the forefathers of the nation fought and died for.

He said that in an environment where the economy is stagnant, where growth is not as expected and there is a deceleration of economic activities as exposed by STATIN, the PNP is prepared to do what is right for the Jamaican people.

“Apart from the stagnant economy, there is rampant crime and violence and there is the alarming perception of corruption among other issues including speculation about extradition,” Phillips said.

Prime Minister Holness has reiterated that he has no interest in calling an “early election”, but rather announcing the date when he feels he and the JLP are ready to contest the country’s leadership.