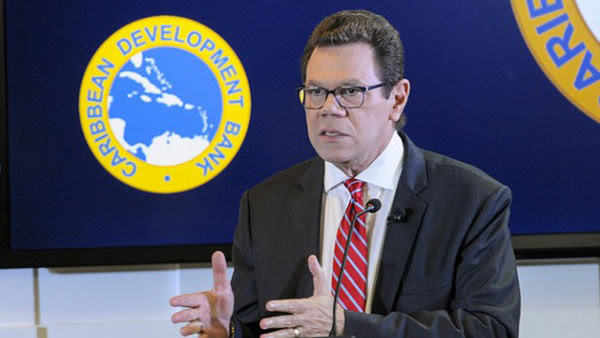 BROOKLYN, NY – The Board of Directors of the Caribbean Development Bank (CDB) approved an Exogenous Shock Response Policy-Based Loan of USD50 million to support The Bahamas after Hurricane Dorian.

“The loss of life and massive destruction caused by Hurricane Dorian has placed a heavy burden on The Bahamas. The loan will support the people and the country during the recovery and maintain the momentum of the ongoing reform program to foster fiscal discipline and build resilience against natural disasters,” said CDB President Dr. Warren Smith.
As of October 2019, there were 67 confirmed deaths and 282 people still missing. Some 29,500 inhabitants, equivalent to over 40% of the combined population of the two islands – Abaco and Grand Bahama – hit by the hurricane in September, suffered severe damage to homes and assets. According to the United Nations, the total value of the damage and loss is equivalent to 25% of gross domestic product (GDP), which exceeds by far the damage and loss – equivalent to 4.9% – incurred from Hurricane Mathew in 2016.
The Exogenous Shock Response Policy-Based Loan is an instrument to provide resources for financing needs that arise from external and natural hazards shocks that have a significant economic and social impact.
In addition to providing finance for the ongoing recovery, the loan will support the implementation of the comprehensive reform program of The Bahamas that aims to achieve fiscal sustainability and enhance economic and physical resilience to external shocks and natural disasters, while bolstering growth and job creation.
CDB Staff has estimated the impact of Hurricane Dorian on economic growth in The Bahamas over the short and medium-term. Economic growth has been revised downwards from 1.7% to 1% in 2019 and from 1.8% to 1.5% in 2020. This translates to a total impact on the GDP of one percentage point. Economic growth is expected to return to its long-term average of approximately 1.8% by 2021.

Prince Charles arrive in Barbados as the country cuts ties with...