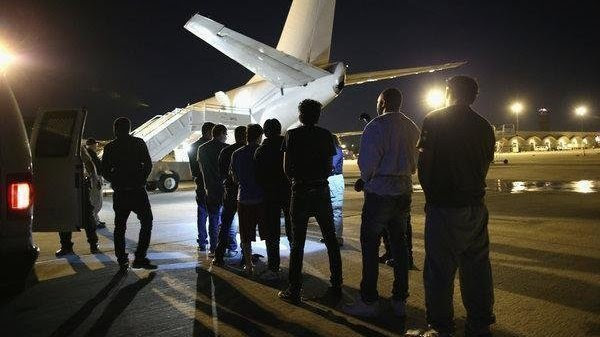 UNITED KINGDOM – The UK’s Court of Appeal has halted the planned deportation of 50 people to Jamaica that was originally scheduled for February 11, saying that they did not have access to proper legal advice.

Since the Home Office announcement of the charter flight, several politicians and activists have lined the streets of Nottingham, protesting the deportation of the residents, many of whom have lived in the UK since they were children.

According to local news, campaigners had initially lost a High Court ruling but later the Court of Appeal reached a different decision.

The charity Detention Action argued some detainees at Colnbrook and Harmondsworth centers still do not have a functioning mobile phone, after issues with a nearby O2 phone mast, and did not have adequate access to legal advice.

Jamaica’s High Commissioner to the United Kingdom, Seth George Ramocan also echoed the same sentiments, saying that persons to be deported should be entitled to the due process of the law.

“The individuals who are being deported have a right to be heard, they have a right to have access to their lawyers, they have rights for any possibility or privileges for making applications to determine their rights to remain…before that flight departs,” Ramocan said in a recent interview.

Following the charter flight halt, Bella Sankey, director of Detention Action, said: “We are delighted with this landmark decision which is a victory for access to justice, fairness and the rule of law.

“Based on this order from our Court of Appeal, we do not believe that anyone currently detained at the Heathrow detention centers can be removed on the flight. We understand that this will apply to at least 56 people.”

More than 150 politicians and peers had written to prime minister Boris Johnson calling on him to stop the deportation until a report into the Windrush controversy is released.

Lack of proper legal advice and unfair treatment in detention centers were just some of the arguments made by campaigners. Activists also claim some of those facing deportations were as young as 13 when they moved to the UK.

Following the ruling, Nottingham East Labour MP Nadia Whittome said: “The fact is that many of the individuals in question have lived in the UK since they were children and at least 41 British children are now at risk of losing their fathers through this charter flight.”

However, the Home Office still maintains that the potential deportees are not members of the Windrush generation, but criminals that have no right to remain in the country.