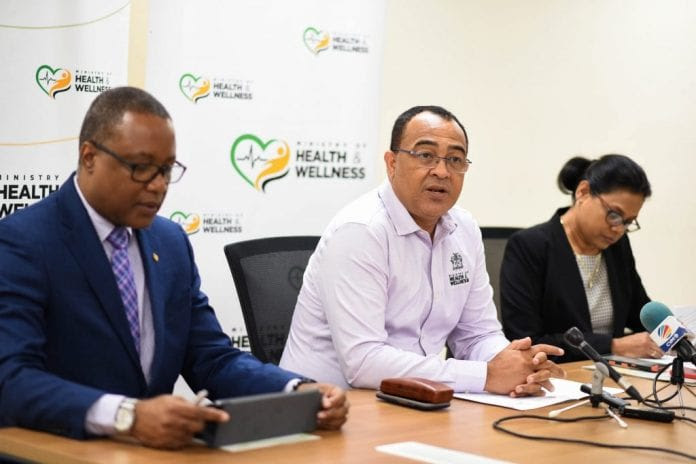 BROOKLYN, NY – The number of recorded cases of the new coronavirus (COVID-19) in Jamaica has moved to 21, as the government announced two new cases earlier this afternoon.

The Minister of Health and Wellness, Dr. Christopher Tufton said 14 of the total cases have been imported. Six involve individuals who came in contact with persons who arrived from overseas while one case is still under investigation.

The latest two cases involve a 61-year-old from Manchester and a 51-year-old man from Westmoreland.

Of the 21 persons who have tested positive for COVID-19, 13 are males and eight are females.

As the government anticipates a community spread of the virus, new measures have been implemented to protect residents.

Prime Minister Andrew Holness announced that all schools on the island will remain closed until the end of the Easter term, which is April 20. Another update will be given before that date.

Also announced, effective March 25, all persons 75 years and older must remain at home. This order will be in force for an initial 14 days. Additionally, all public sector employees 65-years-old and older must work from home.

As of March 25, no public gatherings shall exceed 10 persons. This is down from groups of 20 that were previously allowed.

Holness also announced that every person who entered the island as of March 18 will be quarantined for a further 14 days after the initial seven days which was previously announced. He said that persons who arrived on the island on or after that date, who are not currently in quarantine, will be tracked down and necessary steps will be taken.