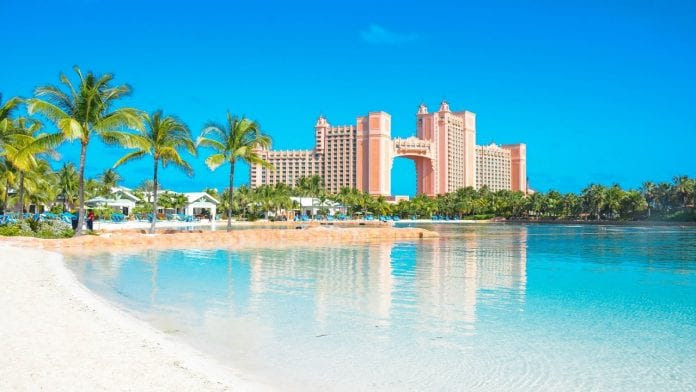 BROOKLYN, NY – Despite several islands being battered by Hurricane Dorian in September 2019, A resilient Bahamas still managed to record the highest number of stopover visitors ever from the United States, and a whopping 7.2 million in total arrivals.

Following the devastating category five hurricanes that wrecked much of the archipelago, tourism was expected to slow down as the island, and the rest of the world, sprung into action to assist in recovery. But the Bahamas government recently announced that, surprisingly, that was not the case.

In January, the country’s tourism and aviation minister, Dionisio D’Aguilar, said some 1.78 million stopover visitors vacationed on the islands of The Bahamas in 2019 while more than five million cruise ship passengers visited the ports.

With a population of merely 400,000 persons, the country is boasting its strongest recorded numbers in history.

“This is a tremendous accomplishment, particularly in light of the challenging year that we as a country just endured,” D’Aguilar stated, reminiscing on the September hurricane that ravaged two of its islands, Freeport and Abaco.

He attributed the immediate rebound to the solidarity of the workers at all levels in the archipelago’s tourism industry as well as the robust marketing efforts led by the tourism ministry, media partners, and “friends of The Bahamas”.

D’Aguilar credited the coming together of the nation, combined with data-driven, agile marketing and airlift strategies, as the key components of the country’s compelling success.

“We are in awe of our country and deeply grateful for the outpouring of support from friends, partners, and even strangers from around the world.”

In detailing the strategies, D’Aguilar noted that the Ministry of Tourism had moved with alacrity to get the word out that the country was open for business, a sentiment he said that was embraced wholeheartedly, sparking international headlines and encouraging travel to the islands.

“We began our campaign in the days immediately following Hurricane Dorian and have remained diligently aggressive ever since. Ministry executives have traveled to New York, Miami, Canada, London, Paris, and even Australia, speaking at top tourism conferences and dealing with travel partners, media, and influencers to spread the message that The Bahamas is open, beautiful, and ready to welcome all with open arms,” he explained.

The tourism minister said The Bahamas was looking forward to continuing the momentum of its $US35 million per year marketing efforts throughout 2020 and pointed out that before Hurricane Dorian, the country’s tourism was already thriving at a record level.

“Last year, we saw many accomplishments. We hosted 41 media and influencers across several islands to generate compelling stories about The Bahamas. Together, with our industry partners, the Ministry of Tourism hosted sales and media missions in many of our key designated marketing areas,” he said.

“We hosted a very successful marketing campaign with the legendary rock star Lenny Kravitz, graced the cover and pages of Sports Illustrated’s highly anticipated swimsuit issue, and witnessed the production of a prime time television show, ‘Come to Life in Nassau’, on screens across the US – the main goal: inspire travel to our remarkable country,” he added.