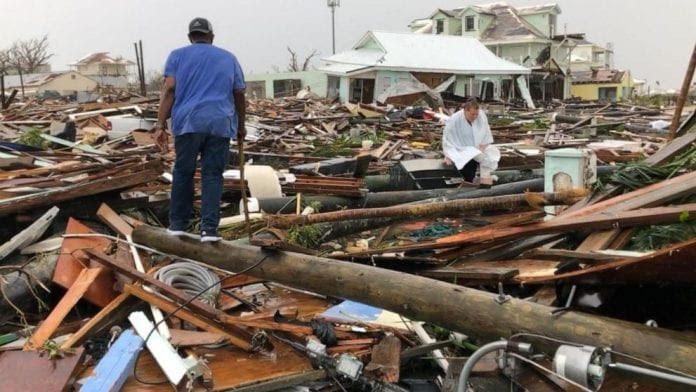 BROOKLYN, NY –Months after Hurricane Dorian swept through the Bahamas causing damage estimated at US$3.4 billion, Health Minister Dr. Duane Sands says the time has come for the country to acknowledge that more than 200 people lost their lives as a result of the Category 5 storm.

At the end of November last year, the official death toll was put at 70 with 282 people missing.

But, Sands told The Tribune newspaper that the relevant authorities will have to decide to confirm that more than 200 people died as a result of the storm that lashed the archipelago on September 1, 2019.

“At some point, the government of The Bahamas will have to declare that over 200 people have died in Hurricane Dorian but I cannot officially say that as that is a multi-ministerial decision.

“We have to do our due diligence and meet to decide. We want to move all of the outstanding matters to an agreed consensus or conclusion. We want to bring some closure. Again, we have not walked this road before,” Sands told the newspaper.

The storm caused widespread damage mainly in Abaco and Grand Bahama, with officials indicating that the death tolls in those two areas were 60 and 10 respectively.

A multi-agency meeting with the Ministries of Health, Legal Affairs, National Security, the Office of the Attorney General and other agencies was scheduled for Thursday but has since been moved to next week.

“You would have heard me say that we would invite the International Red Cross to provide a safe space for persons who may not be willing to come forward to identify loved ones. And so that invitation and that request have already been made, the logistics of how that happens is very important.

“Then it’s the whole issue of how long we are going to keep remains in refrigerated coolers particularly in Abaco. We need to identify a place for interment. We need to agree on a type of grid that would be set up and how we would reference remains,” Sands said.

Under the law, it takes at least seven years to declare a missing person dead and the health minister said that it may be necessary to amend the legislation.

“The Attorney General would have said, I would have said, that we are going to consider an abridged or shortened time different than the seven years and there are examples of countries that have shortened the timeline when people are presumed to be dead from a natural disaster, were declared dead.

“You’ve got to ensure that whatever decision is made, that you have consulted adequately, that you did not ignore important considerations and so it is very important. There are legal requirements that have to be met. So, at the multi-ministerial meeting we want to bring this thing to some kind of closure on many different levels,” he told the newspaper.

Sands said that more than 50 people remain unidentified in Abaco and all the remains in Grand Bahama have been identified and turned over to the families.