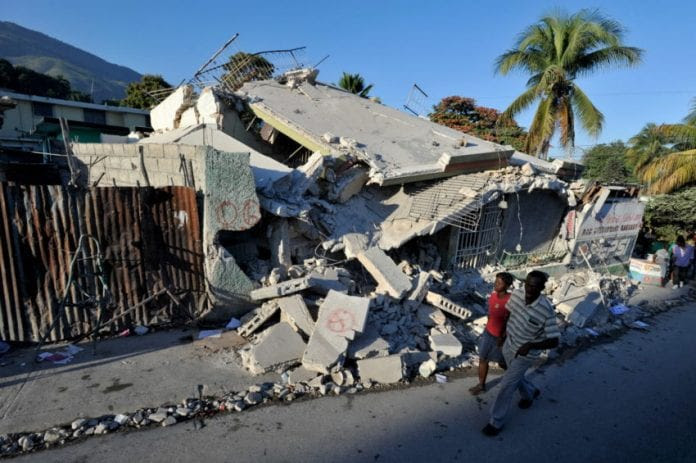 BROOKLYN.NY – Ten years after a powerful earthquake hit Haiti on January 12, 2010, the secretary of state for the integration of persons with disabilities, Gerald Oriol Jr., has called on Haitians to remember those who survived the tragedy.

“These people, most of whom today live with a disability, are survivors to whom we have a duty of solidarity. Their limitations bear witness to our shortcomings and characterize our multiple challenges to be met. Let us be at the rendezvous of history!

“This date remains engraved in our collective memory. That day, the earth spoke to us too hard; it has deeply shaken our bowels. It took 35 seconds to see hundreds of thousands of bruised bodies; to take away hundreds of thousands of loved ones, to collapse part of our economy and our society. This earthquake separated us from many of our loved ones and left us with unfathomable suffering, the many consequences of which are still before our eyes. We will remember it forever.”

Oriol, in his message, said the country must be prepared in the event of another act of nature.

Ten years later, should we not ask ourselves if nature’s message has been understood? In this time let us be in reflection and especially in action. We must be able to say: never! Never again! Let’s prepare the next day and be ready !”

Meanwhile, the German Embassy in its message said the scars from the physical damage and moral suffering caused by the earthquake remain.

“One of the things that caught the attention of Embassy colleagues, who were there at the time, was this impressive movement of solidarity among Haitians that was observed immediately after the disaster. Before aid from outside arrived, the Haitians, with the means at hand, took care of themselves, illustrating this popular belief ‘Pwoblèm nou youn se pou nou tout’.

As we commemorate the memory of the missing and pay tribute to the victims of January 12, 2010, the German Embassy expresses the wish that this spirit of solidarity and resilience continue to prevail in all spheres of activity of the Haitian Nation and that they ultimately lead to a better future for the entire population,” the embassy said in a statement.

The powerful earthquake killed an estimated 220,000 people, displaced over one million and about 300,000 were injured.

Highlights in our Education Landscape by Lou Cespedes

Barbados, St. Lucia and the Grenadines are open for business