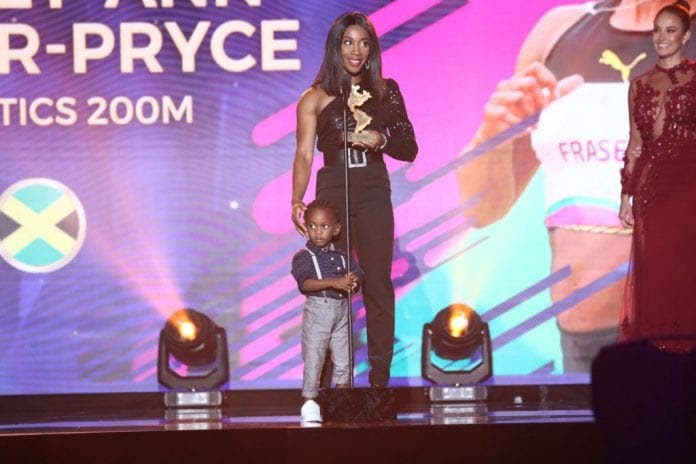 Jamaican sprinter Shelly-Ann Fraser-Pryce was honored as the Best Female Athlete of 2019 at the Panam Sports Awards on December 13.

At the award ceremony which took place in Fort Lauderdale, the 32-year-old sprinting legend was awarded the title for her magnificent performance at this year’s Pan American Games in Lima.

Fraser-Pryce produced one of the best track performances at the Games, by breaking the 200m Panam record with a 22.43-second win, erasing the previous games record of 22.45 set by USA’s Evelyn Ashford in 1979.

Fraser-Pryce was competing at the Pan American Games for the first time.

Fraser-Pryce posted on her Instagram page that “It’s always a fulfilling experience for an athlete to be recognized for their efforts and hard work.”

She further stated that “I would like to first applaud the Panam Sports Committee for deciding to host this first edition to honor the athletes of the 41 countries who are members of the Americas. I’m extremely grateful my performance was considered along with all the athletes being recognized as one of the most inspiring moments at the Panam Games held earlier this year in Lima, Peru.

“2019, I decided I was “made for more”. Motherhood was never going to diminish what Shelly-Ann the athlete wanted to accomplish. To everyone who voted, thank you.”

The win for Fraser-Pryce comes weeks after she announced that the 2020 Tokyo Olympics will be her last. She did not confirm whether she will completely retire from athletics, but the idea of retirement is not far from her mind.

“It [retirement] doesn’t make me feel anything. I will miss the sport, but I will be OK”, she said.

At the Panam Awards, Brazilian gymnast Francisco Barretto took the award for the Best Male Athlete while the United States received the best National Olympic Committee (NOC) prize for topping the Lima 2019 medals table with 120 gold, 88 silver, and 55 bronze.

The OAS Calls Current Guyanese Government to Move Out