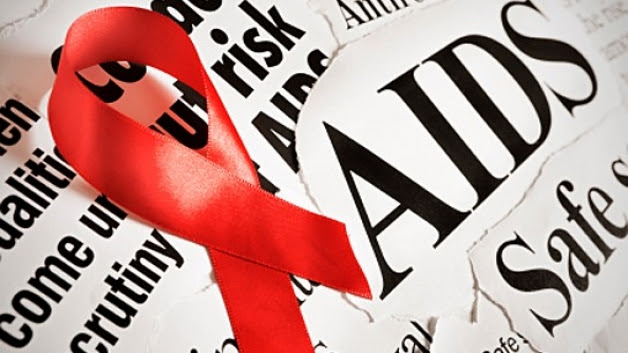 The Secretary-General of the Caribbean Community (CARICOM), Irwin LaRocque is urging full support for the efforts to sustain community-led organizations which he said are critical to the region’s response to the HIV/AIDS epidemic.

“We cannot afford a reversal of all the substantial work done by governments, civil society, and development partners to reduce the prevalence of HIV in the region,” LaRocque said in a message marking World AIDS Day being observed under the theme “Communities make the difference”.

He said the Caribbean countries are facing “the daunting task of adapting their life-saving initiatives in an environment of reduced financing from development partners for HIV prevention, support and treatment” and the theme for the global event is “especially relevant as it turns the spotlight on the people and services which will truly make a difference in our race to end AIDS by 2030”.

He said he was very supportive of the civil society leaders, community support groups, faith leaders, youth advocates, women and men’s groups and all those individuals who work at the grassroots level to reduce the prevalence of HIV in our region.

LaRocque said that key people-led organizations and networks and their expertise are anchored in their lived experiences, which determine their priorities and are an intrinsic part of the global HIV response and a clear illustration of the value and the leverage community-led organizations can bring to the cause of ending AIDS in our region.

“These organizations shape our lives, and in the case of the HIV response, they are saving lives.  Through PANCAP’s work, we have seen how civil society groups, including groups that represent women and youth, have led responses that include advocacy, campaigning and holding decision-makers to account; monitoring of policies, practices, and service delivery; participatory research; education and information sharing; capacity building, and funding of community-led organizations, groups, and networks.”

He said that community-led organizations have risen to the challenge of resource mobilization and that generating income to sustain their operations is no longer an alien concept, highlighting the work of PANCAP, the Jamaica AIDS Support for Life (JASL), LIVE UP: The Caribbean Media Alliance and the Society Against Sexual Orientation Discrimination (SASOD Guyana), among others.

LaRocque said that in the case of LIVE UP: The Caribbean Media Alliance, this community-based entity was able to create a unique private-public partnership with Scotiabank. This provides training and capacity building for local journalists and civil society groups from across the region on reducing stigma and discrimination.

Recently, SASOD (Guyana) secured funding for the “Guyana Key Populations Viral Load Assessment” through the United States President’s Emergency Plan for AIDS Relief (PEPFAR), by way of the United States Agency for International Development (USAID), and the Global Fund to Fight Tuberculosis, AIDS, and Malaria.  There was technical support from MEASURE Evaluation in collaboration with the Ministry of Public Health’s National AIDS Programme Secretariat.

He said the ground-breaking study has brought tremendous value to Guyana’s Public Health as it sought to ascertain the level of difficulty experienced by People Living with HIV when accessing health services.

“This is a demonstration of how community-based organizations are now evolving to self-sustaining entities that mobilize finances that directly benefit the people they serve.”

“This involves unique partnerships in which the national programs employ them to provide services for vulnerable groups such as HIV testing, treatment, care, and support.  This partnership is critical for reaching the people who are most at risk.

“For example, while drug users may not seek health information and services directly from a National AIDS Programme, it is likely they would seek assistance from a community-based drug rehabilitation center.”

But he lamented that not all of the critical community-based initiatives are benefitting from this type of partnership.

“We need to acknowledge that community groups cannot stand alone in response to HIV.  Their sustainability is critical to the Region ending AIDS by 2030 and achieving the 90-90-90 Targets to diagnose 90% of all HIV-positive persons, provide antiretroviral therapy (ART) for 90% of those diagnosed, and achieve viral suppression for 90% of those treated by 2020.”.